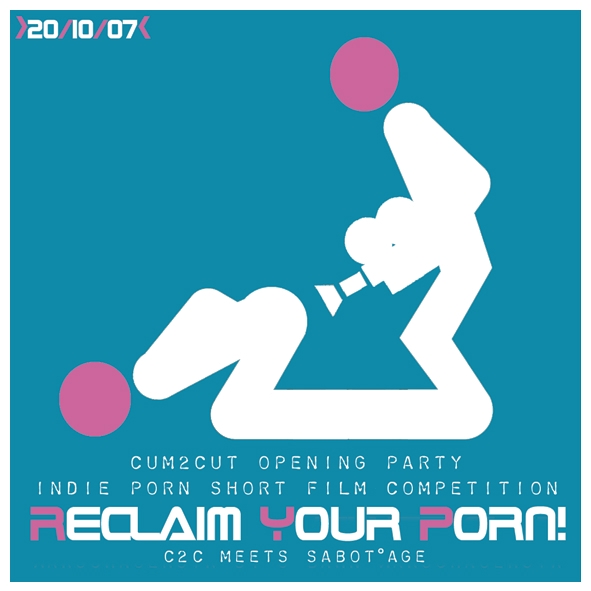 In
this context, queer means to express sexuality beyond the boundaries of
identity and to cross the limits of fixed genders and stereotypes. At
the same time, the idea of being queer is closely connected with the
D.I.Y. attitude: CUM2CUT wants to encourage everyone
to express themselves using their bodies and media from an independent
point of view, thereby creating new experimental queer languages.

As usual all the short movies must be pornographic. Aim of CUM2CUT
competition is always related to the idea of promoting and enjoying the
pleasure of sharing pornography all over the city. But whoever would
like to participate in remote, this year have the chance to eroticise
the network, mixing codes and technology, through the Pr0n competition (20 September – 24 October 2007).

In
order to open not only the boundaries of sexuality but also those of
artistic expression, the videos produced must be licensed under the
Creative Commons.

This entry was posted in corpo. Bookmark the permalink.